Showing posts from July, 2011
Show all

As an avid miniatures painter, and a fan of small press and indie games, I'm always interested in the new products available from the smaller miniatures manufacturers. Those who appreciate fine figures will probably be familiar with the work of Freebooter miniatures already, with beautifully sculpted and delicate miniatures that are a joy to paint. But in the last few months, Freebooter has released their own game system, Freebooter's Fate . It's a card based system, rather than dice (so that gets my seal of approval). But the use of cards is really clever. So much so, that I'm thinking of using a similar system in a game of my own. Characters have attack scores and defence scores, they also have areas of the body where they can be hit. The areas of the body are identified by cards (Head, Torso, Abdomen, Right Arm, Left Arm, Legs), and an attacking character plays a number of these cards equal to their attack score, while a defender plays a number of these cards e
Post a Comment
Read more

Back to the Goblins

July 27, 2011
Game Chef is over. I'm not too happy with my result. Lots of potential in it, but I just wasn't able to realise that potential in time. So it's back to my pet project of the Goblin Labyrinth. The Goblin City (Status Report) I've sculpted up the first two of my blank hex templates for the labyrinthine Goblin city, these blanks are made from plaster and I'll be carving them and adding to them until I get the desired result. I'll probably be sculpting a few dozen more of these blank templates before I'm done. If I get the chance I'll update the vulpinoid studios website with a few works in progress. Goblin Tarot (Status Report) I've started generating a few more images for the minor arcana. Just assorted goblins displaying a wide range of cultural heritage, and posed in a variety of comical, macabre or slightly odd manners. I'll be compositing these images into cards shortly for uploading onto deviantart. The Miniatures Game (Status Report)
Post a Comment
Read more

July 25, 2011
I've finished my Game Chef Entry, it's not as good as I'd hoped, there are a few issues with it. I've just uploaded it onto 1km1kt, it's called "The Great Bard". Have a look, I'll be critiquing my own work shortly.
1 comment
Read more

July 25, 2011
I don't know how many people are already aware of this movie, but as a LARPer myself it instantly grabbed my attention. The fact that it has Summer Glau, Ryan Kwanten and Peter Dinklage in it is just an added bonus. Knights of Badassdom
Post a Comment
Read more

July 21, 2011
I've come to the conclusion that what I'm trying to write for this contest is basically "Primetime Adventures" for an Elizabethan/Jacobean play instead of a TV show. It's mostly all about relationships between characters, and fitting that into a 5 act structure. ...the problem is that I keep trying to add "Realism" into the mix. I want characters to have relations to one another, but I also want them to have relationships to areas ("This is my home ground", "This is somewhere I'm not liked"), and I want these relationships to evolve in play. In fact, that's one of the important parts to this game and to the plays of the era. Characters grow, relationships change. But I don't want the final product to become a convoluted mess of systems and subsystems. Maybe I need to sleep on it again.
2 comments
Read more

July 20, 2011
At the moment I'm painting up a series of figures from the Malifaux and Freebooter's Fate ranges. Some of these are absolutely beautiful miniatures, and they deserve to be painted with the utmost care and attention. Otherwise the paintwork just doesn't do justice to the raw metal. So I decided to do some research, and looked into a few websites focused on miniature painters. Cool Mini or Not came up, and there is always some great work on that site, but a lot of that is hidden amongst the mediocre...I was looking for something with a bit more information. A bit more looking and I found the Paintrix .
1 comment
Read more

July 19, 2011
I just found out that Adamant Entertainment is releasing a roleplaying game based on the classic cult sci-fi masterpiece... BUCKAROO BANZAI ...Awesome...!!!! Now back to working on Game Chef.
2 comments
Read more 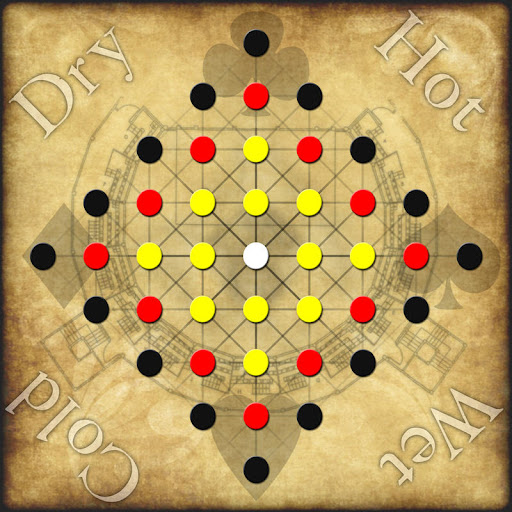 I've been working on a game board for my Game Chef rpg contest entry.
Post a Comment
Read more

July 17, 2011
The point that prompted this post was over on one of my regular haunts, 1km1kt ... So the question is, how can we be proactive about this situation. Could we implement a 1km1kt rating system based on either reader votes of a shadowy cabal like the MPAA? If we haven't already, a "your top five free games" might help to ensure a person's first contact with free is something good and not yet another attempt to re-write D&D. ...so the question is whether this would be feasible, who would be involved and how would we ensure that the feedback is meaningful. Perhaps there is already something that could be used as a basic model for the concept, a site like Cool Mini or Not ), or maybe I could generate up a computer database system allowing people to assign a value from 1-10 for specific categories (innovation of rules, readability, layout, etc.), then applying weighting component to someone's votes based on the number of products they've voted on, reviews they
Post a Comment
Read more

July 17, 2011
Chain World An amazing story of a game as art and religion. I'm not going to write any more on this except to say that a similar type of thing was attempted within the indie rpg design community last year with a set of components passed from one designer to the next in a chain of creativity. Read the article, tell me what you think.
Post a Comment
Read more

July 16, 2011
I've had a few ideas for Game Chef this year. But I'm not sure which one to run with. I've also had a few ideas for mechanisms. The soft 3000 word limit is the killer for me. That's about 3-4 pages of text. Far less than I'd normally write. But that's all part of the challenge I guess.
Post a Comment
Read more

July 14, 2011
The theme this year is "William Shakespeare". I've just watched " Gnomeo and Juliet " a few days ago. I love " Rosencrantz and Guildenstern are Dead ", and I've long toyed with the idea of writing a novel in this vein, where the plot of my narrative intertwines with the narrative of a classic, key points in both crossing over at twists and junctions. I can even justify some of these ideas within the context of my vector theory of RPG design. The players choose minor characters from a Shakespearean play, characters who don't die in the traditional text (or if they do, maybe it only seems that way...and they'll have to make deliberate efforts to avoid appearing in future crossover scenes). If such characters die in the new story, perhaps someone can masquerade as their role when the next crossover occurs. Spontaneous thought: In the last run of David Tennant as the Doctor (in Dr Who), there is a notion that some events in spacetime are f
Post a Comment
Read more

July 14, 2011
It's Game Chef time of Year again. One Theme, Four Secret Ingredients (from which you must choose two), then 10 days to produce a fine-tuned gaming hot rod to compete among the dozens of of entrants. I've done Game Chef a few times, I usually just make up the numbers. Maybe my games a bit too pedestrian in some respects, maybe they're just a bit too long winded (my entries are usually twice the page count of the average entry). Or it could be that I'm still not a "recognized" name in the independent gaming crowd. In an attempt to remedy this, I've submitted FUBAR into the mix for the 2010 Indie RPG awards .
Post a Comment
Read more

Spicing Up Your Game #5: Props

July 03, 2011
I love props. In fact, at many conventions I've been known as the "GM with the props". Oversized water pistols given to commando characters and space marines. Elaborate little trinkets to evoke a specific feeling for a character. Diaries filled with hastily scrawled diagrams and barely legible handwriting. Show jewellery. First aid kits to designate the party's medic. Bottles of wine to depict an alcohol (or wine connoisseur). Toy coins to depict the use of actual currency in a game. I've used all of these and many more. It's not that I don't trust the imaginations of the other players involved in a session, it's more that I find people's tactile response engages at a quicker pace and a more instinctive level. If you don't have to imagine the boring bits, you can focus on the drama and the action. This might also stem from my background in Live Action roleplaying; costume and props certainly play a more prominent role in games of this type.
Post a Comment
Read more

July 02, 2011
I've been thinking about a Doctor Who RPG for a while, one that stays true to the spirit of the series, rather than a piece of generic rubbish with a Doctor Who veneer glossed over the surface. So, when I found this link I was interested. I don't know if it's the first Doctor Who RPG, or if it's just an early one, but the fact that it's now freely downloadable for personal use makes it a great starting point for exploring systems and settings within the universe of our favourite Gallefreyan. I haven't thoroughly delved into it yet (or the free expansion), but I plan to shortly. Perhaps there will be a time travelling FUBAR expansion on its way.
3 comments
Read more
More posts