September 03, 2021
As a part of the worldbuilding process, I asked our students to draw some points on a globe, and indicate the direct that these points would move if we were simulating continental drift. I'll go through the developmentof the landmasses as soon as I get my other computer up and running...hopefully over the next few days.
Post a Comment
Read more 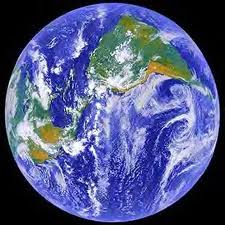 One of the first exercises for our high school gaming club was developing a shared collaborative world. I figured this would be more interesting and more engaging for everyone than simply playing pre-written modules. I wanted to create a setting with the students, something that they'll be proud to be a part of. But how do you worldbuild wth kids? The first part of the process was a simple questionnaire, getting a range of established outlines for a series of nations. Some students chose to work alone, some worked in pairs to establish their nations, others worked in groups of 3 or 4. With twenty-five partcipants, we ended up with a dozen nations. Some of these were standard fantasy fare, others not so much. The worldbuilding questionnaire was deliberately written to lead students toward thinking in certain ways, but I was happy that there was some deviation in the final thought patterns. First, the demographcs of the land.  What race(s) are common?  Humans Elves Dwarves Orcs Gobli
Post a Comment
Read more

September 01, 2021
I'm adding a new label to upcoming posts. PGC It stands for Peel Game Club (which is the unofficial name for the high school gaming club that I've started).  While we're still under lockdown, I hope to get a few posts happening, explaining the start of our worldbuilding experiment, and maybe going into some ideas that will be implemented once school reopens and the club resumes. While making sure names are changed, and suitable anonymity imposed, I might discus the roleplaying journey that a few of our students will be undertaking.    With this in mind, there's a book heading my way from a Kickstarter that I backed last year. It's called the "Teacher-Gamer Handbook", and I've been followng it's development for a while. It'll be nice to see what's actually inside it (hopefully it's a good generic source, and not too D&D-centric).
Post a Comment
Read more 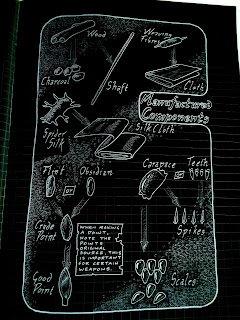 In my last post, I mentioned that I've started a tabletop gaming club at my school. I've thought about doing it at the last two schools I was posted at, and decided this time I'd just do it. There was nothing much here for those students who aren't sport inclined, so the take-up was instant. 25 kids wanting to game... all wanting to play D&D. A third of whom are girls, and probably half of whom are on the spectrum to some level (where a quarter have issues complex enough that require them being in special education classes). I've run games wth 6 to 8 players no problems, I've done 10 to 12 at a pinch, often with sub-GMs... but 25 newbies. Nope. I don't want to give them the wrong impression of what gaming can be. At first I was thinking that we should play boardgames, and run single sessions with an RPG of some type. However, a half hour lunchbreak isn't enough time to really get much of anything happening. So I'm working on a few new odeas, one
1 comment
Read more

August 30, 2021
This shift in my life has really meant I haven't had much tme to check in on the blog for the past 2 years. I tried getting something started again in October last year, but that didn't really work out for me beyond a couple of posts. This year I've settled into the town of Tamworth, where I've established a tabletop gamng club at the hgh school where I teach... then COVID lockdown hit. Hence the opportunity to finally look at the blog and see what's been happening here. I don't know what happened at the end of July, but something spiked my views at that time.  In other news, I've been putting together some new game concepts, refining a few backburner projects, and developing a new comic. Hopefully one of those projects will stick.
1 comment
Read more

This article on  Nüshu  intrigues me. Especially with regard to my game "Familiar".  One of the key elements of that game is the idea that there are books scattered around the world filled with arcane knowledge that might be capable of awakening individuals into the mysteries of magic. Familiars are creatures of the spirit world who manifest in the physical world to act as magical catalysts, and for much of human history the majority of them have been drawn to powerful people who could make a substantial difference to the societies around them. In recent history, more familiars have seen the error of this, realising that the powerful have little desire to change the world because they already have power and tend to be complacent.  It's the underdogs, the victimised, and the downtrodden who have the strongest desire for change.  It's a language like this that could feasibly hold the keys to a form of mystical awakening, and a group of familiars who have kept its secret
Post a Comment
Read more

I pledged to the Altered Carbon RPG Kickstarter when it was going. It was meant to have been shipped in August 2020, but I guess COVID has stuffed up a lot of things this year. I have finally managed to have a look at the second version of the backer review copy of the game.   It looks alright. But as I read through it, I'm seeing lots of fiddly systems and subsystems. The core system looks interesting and fairly sturdy, with a system that's going to be a bit counter-intuitive to most gamers of mainstream systems. It's a roll under system, where characters start with a big die (a d12) as a crude level of skill/potential, and gradually get their die lower as they train and improve. Easy tasks have a high target number, while hard tasks have lower target numbers. Certain effects like having specialised equipment or training, seem to let you roll multiple dice (then pick the best result), while other effects modify the target number.  There's a few variations depending on
Post a Comment
Read more
More posts