Showing posts from April, 2020
Show all

April 17, 2020
I don't know if other game designers have the same problem, I suspect it's pretty common though. When I write a game system, I have an idea for how I want it to work while the game is running. The problem is working out how to best get the players into the cycle where the mechanical elements feel natural, and contributive to the situation rather than an obstruction. Generally I seem to see a lot of GMs and homebrewers who don't really give a game the opportunity it deserves before they decide to make their own changes. This often happens because they haven't actually played the game as it has been intended, or maybe they believe that "system doesn't matter" then they find that they don't like the system, and make changes to it to fit their style of play... not realisng that their changes to the system are refuting their argument. Or you might get those specific well-known folks n the hobby who don't like a style of game, so they try to adapt thei
Post a Comment
Read more

I've just come across this post describing a variant form of Lycanthropy . It has really got me thinking about the other entities that might exist within the setting of the familiars. One of the key elements in Familiar is that there are humans yearning to be something more spiritual and aware, and there are spirits who are striving to be more intimate and meaningful to the greater cosmos. The two halves are coming at a journey from opposite ends, each bringing ther own baggage (both positive and negative) and it's only when they meet that a new quest for transcendence can begin. But I've toyed with side ideas a few times as I've developed the project. What other connections might exist between the corporeal and spiritual worlds? If a mystic has a wide range of potential powers, capable of mixing-and-matching metaphysical fragments according to their imagination, perhaps there are other symbiotic relatonships between mortals and spirits that have different eff
1 comment
Read more 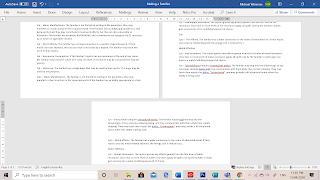 I'm generally pretty happy with the way mystic characters will be built in the "Familiar" game, but the mystic characters are just temporary shells for interacting with the environment. I've been tryng to work out a simple point-buy system for creating the familiars, something that doesn't rely on randomness, and which can be customised before the first session of play. If I had to create an analogy to another game system, this might be like a set of procedures allowing you to build PbtA playbooks. The familiar allows a predefined set of playbooks, or adds a certain set of manuoevres to the playbooks chosen. The mystics are the playbooks, which come and go, the familiar is a constant modifier applied to any chosen playbook. Maybe the mystics could be described as a set of story fragments, while the familiars are the over-arching themes linking these fragments into wider narratives. Part of the problem is that I've been tryng to define familiars in a w
Post a Comment
Read more 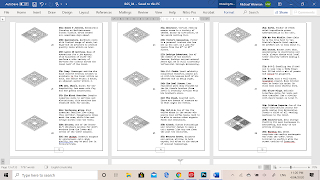 I'm finally using the tower, and that means I'm finally getting the chance to put together the next three issues of Beneath the Glass and Steel. I'm putting 3 potential story hooks on every floor of the Bronzewing Tower complex, which means the first 34 stories will have the potential for 102 stories. More possible stories if you combine them with one another, but shorter possible campaigns if you do this. The whole thing about the tower is that I could add more detail to each floor, but this reduces the possibility for someone to use this as a game resource and add their own details to the setting. Still a lot more work to do on this, but on target to get the next three issues out on schedule for the Kickstarter.
Post a Comment
Read more
More posts