Showing posts from February, 2020
Show all

February 28, 2020
We made it! We even got comfortably past a stretch goal. Now it's a case of wrangling some writers.
Post a Comment
Read more

In darkness, a hint of light. 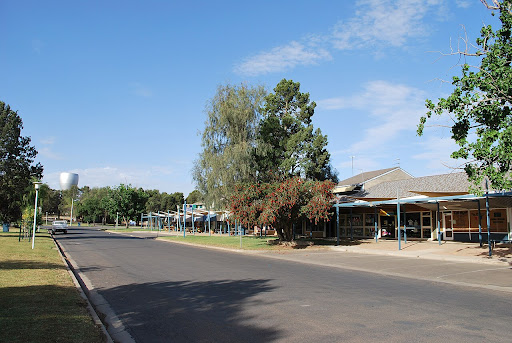 So, I've been at my new school for a month. Rural school, high indigenous population, lots of problems, but they're not easy problems. There is institutionalised long-term racism here, it's been internalised by frustrated indigenous kids who are looking for a way to move forward but only see the same pitfalls that generations before them have encountered, there's a deep seated mistrust toward authority figures, even if those figures are trying to help. They've been betrayed so many times that it's hard for them to see beyond this. The country kids are divided into farmers and townies, there's tension between them, but they all stand firm against the blow-ins from the cities. There's an underlying sense that something is wrong, but no understanding about how to fix it. This is totally what I've wanted to approach in both my games, Walkabout and Familiar. I'm starting to get a good feel for the issues, and now it's a case of trying to
Post a Comment
Read more 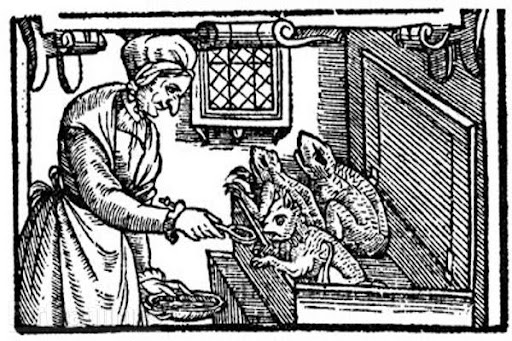 We're getting closer with the Kickstarter... ...but what is more important at the moment is some background work I've been doing to reach out to a number of designers around the world who might be interested in providing feedback on the current progress of Familiar. It seems that some of these designers are similarly interested in seeing the concepts underlying the system done right. Others have too much on their plates already, but are also interested in seeing how the project pans out. In a few weeks, once things have settled down work-wise, and the kickstarter campaign has run it's course, I'll get stuck back into the magical world of the familiars.
Post a Comment
Read more 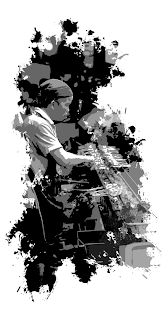 It's been a decent start to the campaign. After a few days, we're two-thirds of the way towards funding. Not setting the world on fire, and certainly not one of those campaigns that reaches their funding in a couple of hours...  but I'm generally happy, and confident that we'll reach the funding goal. It was always meant to be an interesting experiment, and something to push boundaries a bit. The kind of thing that I'd work away on for a while, then move on to other stuff... at which point some "big name" designer would do something very similar, then they'd receive accolades and kudos for their innovation. It will be interesting to see if we get some new potential contributors to the project from this campaign.
Post a Comment
Read more 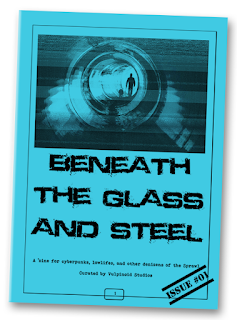 We've gone live As a part of the current 'Zine Quest campaign on Kickstarter, I've decided to offer the first few issues of Beneath the Glass and Steel, and hopefully get a bit more momentum for the next few issues. Life over the past couple of weeks has been pretty chaotic, with the moving of house, the settling in to a new job, and assorted other stuff happening. Between life, work, and getting this Kickstarter ready, Familiar has taken a back seat... but I'm hoping to get back to that shortly.
Post a Comment
Read more
More posts