Showing posts from April, 2009
Show all

Game Mechani(sm) of the Week #15: Disposability

April 18, 2009
I've got to that point where I'm starting to notice some rather annoying habits in my game mechanisms. A lot of them are simply new ways to roll the same dice, new ways to play the same cards. Time for a bit more innovation. I saw the notion of disposability in the recent Little Game Chef contest. I can't remember which particular entry made use of this function, but when I saw it I was instantly intrigued and wanted to investigate the phenomenon in a game. The character sheet was literally burnt away during play with a match. It would make a far more visceral visualisation for sanity checks in games like Call of Cthulhu, especially when a game like that allows players to degenerate into insanity but doesn't allow them to regain their senses. Once you've become aware of the truth in the universe there is no way to go back to a narrow world view, and once you've lost contact with humanity, there is no way you can ever relate to them again. I'm trying
2 comments
Read more

Game Mechani(sm) of the Week #14: Gathering the Party

April 16, 2009
It's been a while since my last game mechanism, I think I'm actually missing two weeks worth after a few incidents have taken my attention (Little Game Chef, EyeCon). So I'll try to make this up with a couple of mechanisms in quick succession. I can't guaranetee that...I only said I'd try. This week I want to look at an interesting phenomenon I encountered during my run of Guerilla Television over the weekend, especially in the later sessions. Keeping the party together without forcing it upon them. Now that I think about it, the concept of "not splitting the party" has long been an established gaming trope. Back in the days of the early editions of D&D, character type were deliberately specialised, compartmentalised...a warrior was great in a fight but he couldn't pick locks, a cleric could heal and do a bit of combat but mostly on the defense. There was a bit of leeway between the roles, but not enough for players to really step on each other
Post a Comment
Read more 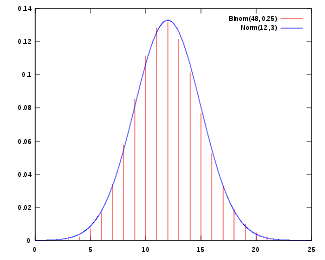 Much to my relief, Guerilla Television works. After four games with wildly different groups, the game had a couple of consistent problems (which I can now clearly identify as a symptom of the system, rather than a symptom of the player set). I've also rediscovered that I have a nasty habit when it comes to game design. I design games one way, then run then a different way and wonder what's wrong. Guerilla Television was designed to be a simple 1 page RPG (All the rules on the front and back of an A4 page). It's a pretty dense read, but for general play purposes, everything you need is there. Scene framing, character interactions, crisis development, conflict resolution. Many thrown together with interesting twists that make the game a bit different. It uses less tokens and counters than the Eighth Sea, and those tokens often perform double duties. Have a read of it here and the rest of the post will probably make more sense. On the whole it works, a bell curve mi
Post a Comment
Read more

April 09, 2009
This Easter long weekend (starting tomorrow), I'm heading to EyeCon. This will be the first hard road-test for the core of my Quincunx System, the single page RPG I designed called Guerrilla Television. I know that half of my sessions for the convention are already booked up, and that's pretty good for an independent game when the majority of gamers are coming along for D&D. I'll probably get my regular crowd of players...some folks just enjoy the way I run games. I guess that's one of the reasons I like to run stuff at conventions, it's a tiny bit of my own cult of fame (nothing compared to some of the other stuff I've seen this week, but ego stroking none-the-less).
Post a Comment
Read more

The Cult of Fame

April 09, 2009
Yesterday I had one of those moments that teenagers and twenty-somethings might call a life defining event. Personally I thought that I was too jaded to really feel this way before such an event occurred, but now I've had 24 hours to look back on it and reflect, it was pretty cool. Certainly not life-defining, earth-shattering or paradigm shifting (well actually, maybe the last one isn't too far out, my cynicism has definitely wavered...) I won tickets to an exclusive preview screening of excerpts from the movie "X-Men origins: Wolverine", it was a part of a radio promotion. I got to see the breakfast radio team "Merrick and Rosso and Kate Richie" , and given that I've been a fan of Merrick and Rosso for a few years this was a bit of a treat. It was an early start, waking up at 4.30am to get into the city by 5.30am for a trip across Sydney Harbour to Cockatoo Island (where a few key sequences of the Wolverine movie were shot). The radio crew were pre
Post a Comment
Read more
April 03, 2009
I'm developing a new website for my Quincunx concept. There is still a lot of work to do on it, but for one particular aspect of the site I need IP hits from a variety of locations. For anyone who reads this, could they please visit the link: Here In theory, every person who visits the link will add a dot to the map, and if enough people from a given location visit the map a given point will grow larger and become more significant. In game this will represent supernatural hotspots, out of game it will represent where people interested in the system live. In theory the symbiosis should draw new people to the game. That's my theory anyway. For the moment I just need a few site hits from people other than myself.
Post a Comment
Read more

Swashbucklers of the Seven Skies 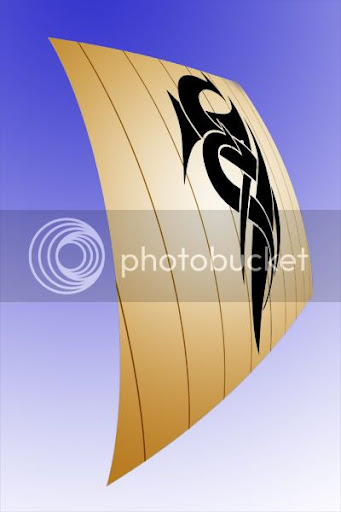 Being an avid fan of independent roleplaying games and trying to take a look at everything that I can in this field is an endless task. I've just come across a game about to be released called Swashbucklers of the Seven Skies , and they're running a design contest. Since it combines indie gaming and design, I naturally thought that I'd have a go. EDIT: I've had another go at manipulation of the logo. This time I've put it on a coin.
1 comment
Read more
More posts