What the hell is "Game Balance"?

I've discussed the notion numerous times over the years (such as here, here, here, here, and here). My thoughts generally haven't changed. It's possible to have asymmetric characters and still have fun in a game, but if you're going to do this you need to make sure the unbalanced elements of the game are offset in some way, or maybe make the game about something that isn't impacted by those unbalanced elements. Have a game with an awesome warrior, a street urchin, and a wizard... then make the game about their relationships with the community where they live. 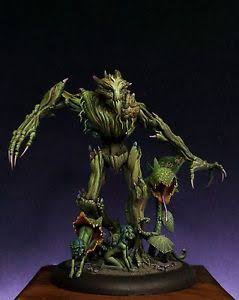 Of the posts linked above, the most relevant for my current thoughts is the third one (about "point-buy" systems). Once you know what the game is about, and once you've decided that players may be competing against one another, you should strive to make avatars within the game world that actually let players compete. This may be through balancing power levels, or by allowing underpowered avatars the option of gaining larger rewards, or lower levelled victory conditions.

Four variants on this can be found in four of the inspirations for the "Bring Your Own Miniatures" project.


Each is valid, and brings something interesting to the table.

But what about balance in this "Bring Your Own Miniatures" system.

I've been worried about the Water element giving skills. Not only does it feel like I need to balance the skills against each other, but the way skills are gained means I also feel like an extra skill needs to balance against an extra point in an attribute. A lot of the skills I've been writing up over the last couple of days have been getting overpowered... which basically means that a player will optimise their figure by allocating their 8 points into Water then buying 8 skills which each have overpowered effects. This is definitely where prerequisites come into play...a couple of skills requiring 7s or 8s in an element become virtually mutually exclusive. Similarly, high powered skills might have underpowered skills as prerequisites, effectively forcing players to pay extra for those heightened abilities.