November 30, 2019
I'm not going to get this project finished during the NaGaDeMon / RoleVember month, but I've certainly made a lot of headway, and the game is a lot more focused that it was before.

Over the past couple of days I've been refining the spellcasting system, and that's a bit of a "make-or-break" element when the premise of the game involves casting spells, invoking effects, or otherwise bending reality. 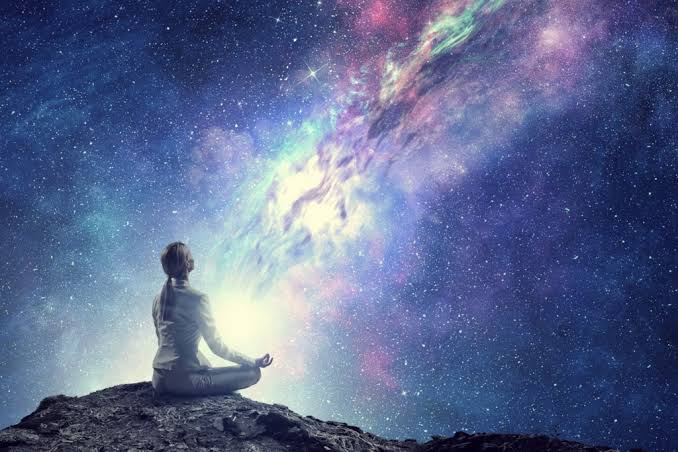 In two earlier posts, I shared how magic is rated in a character, and the procedure for invoking mystical effects in the game, but the last couple of days have been dedicated to generating a system where characters can invoke mystical effects on the fly without needing to resort to pre-defined spells, or working out how players can develop their own mystical effects for their characters. I'd always aspired back toward Mage: the Ascension for this, but a recent Facebook thread on people's favourite magic systems prompted me to rethink this idea, and to refocus the magical concepts toward the core mechanisms of the SNAFU system.

One of the core conceits of SNAFU is that abilities are verbs. In the regular sequence of decalring an action, you simple state "I [insert verb here] the [insert target here]". If you can't strip your action down to that simple sentence form, you probably need to take a couple of distinct actions to attain your intended goal. There is a bit of flexibility in this, but the sentence structure bascally remains intact.


This was done because I don't like the way most skill lists in RPGs are a mix of verbs, nouns, adverbs, and whatever else the author thinks sounds cool because they can't think of a decent and coherent word that fits a consistent naming convention.

One of the ideas I've been building a customisable magic system out of derives from Chill 2nd Edition (which was my favourite magic system before Mage came out). In this system, you can modify the intensity of spells in different ways, by range, potential damage/impact, duration, number of targets affected, etc. These increase the cost of the spell, and decrease the likelihood of it succeeding, but you can offset this by adding more power into a spell, taking damage from it, increasing the time it takes to cast, or adding specific components into the spell's requirements. The more you put in the more you can get out.

I started developing all sorts of charts, modifiers, cost listings, and various other features; but all that gets away from the elegance of the basic system. So that means time for a rethink...

One of the games that kept coming up in that Facebook thread was Ars Magica, and that's definitely a system that has sat in the back of my mind. The system there basically works off the idea I'm aiming towards. There are verbs and nouns, all in pseudo-latin, 5 "techniques" explaining what a mage can do, and 10 "forms" explaining what they can do it to. The techniques involve perceiving, transforming, creating, controlling, and destroying, while the forms involve animals, plants, air, earth, fire, water, thoughts, images, humans, and magic itself. Techniques and forms are all rated separately, with the two ratings added together to determine how good a mage is when it comes to performing a specific effect. The higher the total, the better the potential effect that can be manifested. 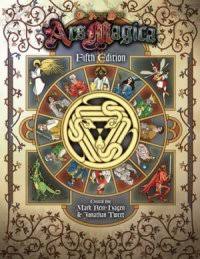 I like the idea of this, and I think it can be easily adapted into the systems currently in place for the game but instead of only 5 "techniques" and 10 "forms", I'm thinking of a more open ended system.

Each spellbook could have four spells in it, utilising two techniques and two forms.

For example, a spellbook has "create" and "control" as its techniques, while "water" and "ice" are its forms. this gives the following combinations...


Now controlling ice might not seem very useful, but if you're in mountains and want to channel the flow of an avalanche (away from you or toward an adversary) it could be devastating.

Witin each of these combinations we might have a basic, an intermediate and an advanced version of the effect, each requiring higher levels of magical input (or higher action activation difficulties).

I'm thinking that in an open ended system I could be possible that certain words are common, with low difficulties associated with them, and low potential outcomes... other words might be rarer, and these might require more power, higher difficulties, longer preparation, or other complications to be overcome before their effects manifest. I know I've considered ideas like this in the past, but it was only when driving home today that the idea crossed my mind again. Certain more complicated words might have lesser pre-requisite words associated with them... 'spark' might be a prerequisitie for 'flame', which is a prerequisite for 'fire', then leading to 'inferno'... a character might need both 'water' and 'wind' before they can manipulate 'storms'... a character might need to be able to 'percieve' and 'manipulate' something before they can spontaneously 'create' it...

I haven't fully considered what the words will be or how their effects might work. The important thing here is that instead of the technique and form ratings of Ars Magica, this system sees characters show their development by acquiring more words of greater power. This reflects the basic action system where characters may develop more powerful and more specialised abilities as depicted by more powerful and specialised ability words.

We might be looking at a second character sheet which gives us adequate room to list all the words that a character knows, along with the items and activities that focus the mystic's mind and soul when they try to channel these effects into the world.

Having words like this makes it easier for players to simply mix-and-match on the fly to develop a range of possible effects when needed, rather than spending minutes (or hours) reasearching how certain combinations might work... and that's closer to what the intention of the game is about.
Design Familiars Game Mechanics Ideas Mage NaGa DeMon problems RoleVember SNAFU